If you’re headed to Highlands, NC and want to see a pretty impressive waterfall and go for a hike, then you’ll want to add the Glenn Falls trail to your day. This waterfall makes it’s way down the hillside and it’s got 3 main viewpoints along the trail. It’s definitely not easy, but it makes a good afternoon to get outside and get your heart pumping.

Now this hike is pretty popular. We hiked it on a Sunday afternoon in June and didn’t find it too bad. But we’ve heard it gets packed on the weekends. I think that Sunday we missed the rush and most people had gone in the morning before heading back home Sunday afternoon.

If you plan on going on the weekend, plan to get there early (or late like us). The parking lot is at the end of an unpaved road and isn’t huge. So parking could become an issue if it’s busy.

Lastly this hike is tough. It’s straight down and then straight back up. We hiked Whiteside Mountain the day before and found that trail to be relatively easy. And even though Glenn Falls is comparable in length and elevation, something about it was so much harder.

Read Next: Your Dog Friendly Guide to Highlands, NC

NOTE: Above are the stats from my own recording of the hike. I can see that the trail stats online are a bit different. But I wanted to share my own since I went to the three views which is what I think most people are after.

The trail starts off pretty level, but this is an out and back hike. And it’s all downhill on the way to the viewpoints and all uphill on the way back. There are steps at times and switchbacks. So get ready to sweat.

After the first .2 miles or so, the trail splits. We headed directly to the left to continue on the main trail. However if you head to the right, you’ll go to the first viewpoint. This one (I believe) is at the top of the falls.

We planned on hitting it up on the way back, but I was such a sweaty mess at that point that I just wanted to relax back at the car.

The next three viewpoints of the Glenn Falls cascades are directly off the trail. So you won’t need to divert to go see them.

The first waterfall view has a nice little platform poking a bit out towards the river where you can see the cascade. Depending on the time of year, it may be a bit covered up by the trees surrounding the platform, but it still has a pretty great view.

The second view of the waterfall is down the next switchback. There isn’t really a platform here, but there is small spot where you can scoot over to see the waterfall.

The trail itself is also very nicely maintained for most of the way. It’s wide and has steps where they’re needed. It’s also partially shaded which can be nice if you’re hiking in the afternoon (like we were). Just know that it has a fair amount of switchbacks. The farther down you go, it does get a bit skinner and a bit more rooted, but it’s still very doable.

The third (and last) view of the waterfall is what I think of as the end of the trail. This small waterfall spills down into a pool with a sandy bottom. The water was not rushing as much here which makes me think it’s the end of the cascades.

The stream then continues on down the hillside and out of sight.

Now it may look like the trail continues on across the river, but it doesn’t. Or that it continues on down the hillside on this side of the stream. We tried to go that way and quickly turned around. This was no trail.

The trail may continue down, but you’ll need to backtrack to the last switchback and look for it there. However I don’t think there are any more waterfalls further down the mountain from what I’ve read.

After you’ve gotten your fill, it’s time to turn around and head back. Remember to take it slow if you’re not used to hiking or if it’s super hot and humid. And be sure to bring water for yourself, your family, and your four-legged best friend if they came along too!

NOTE: Below is my recording. The main one looks a bit different and shows the trail extending further down (but not looping back to the waterfall for the third view). I don’t remember seeing another trail at the previous switchback (where my recording diverges). So I wanted to share my own with this caveat. 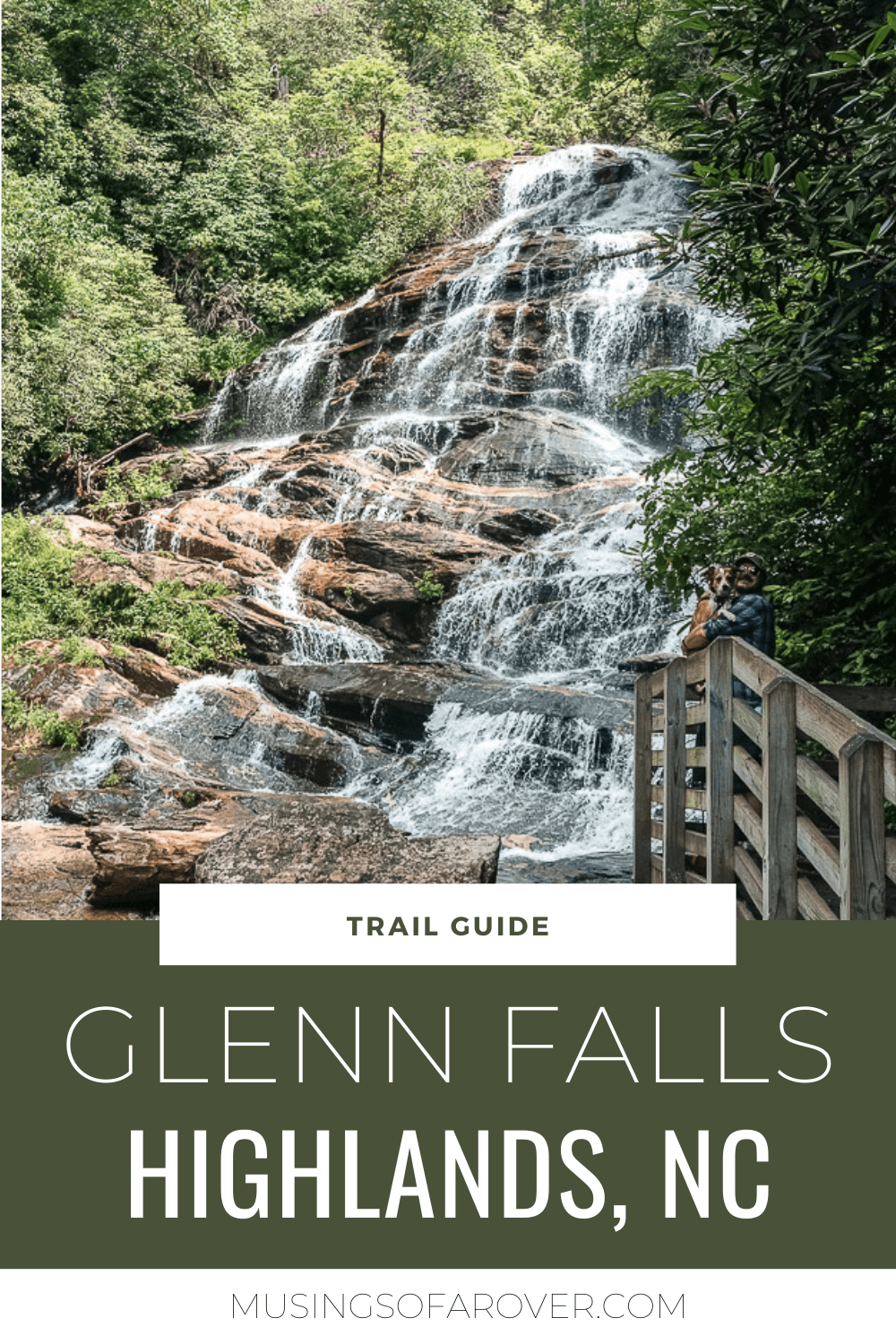 Hike the Bubbles Trail to the North Bubble Summit